For the second consecutive year Scott Shanks, SIOR and Dominic Brunetti, CCIM were named ‘Office Brokers of the Year’ at the Northern Nevada Summit Awards.
No comments:

Saturday, May 7, 2011 marked the ceremony for the 6th Annual Summit Awards. Both the Office Team and Industrial Team of NAI Alliance took home top awards.

Scott Shanks, SIOR and Dominic Brunetti, CCIM of the NAI Alliance Office Team were named ‘Office Brokers of the Year’. This is the second consecutive year for Shanks and Brunetti to receive this award.

Posted by: Dominic Brunetti, CCIM
NAI Alliance Office Group
775 336 4600
Activity breeds activity and it continues to slowly and steadily increase. Most people report this good news to inbound companies such as Brightpoint North America and Benco Dental Supply which are absorbing hundreds of thousands of square feet within the advanced logistics niche market. On the other hand, we do not hear enough about companies within the business service sectors such as Consolidated Agency Partners, MyNewPlace.com, Sanare, B&B Medical Services, Enel Geothermal and others that are new to our market or expanding locally, creating an economic impact, diversifying the economy and absorbing office space.

Ending 2010 with a decreasing overall vacancy rate of 17.84%, the office market continues to improve with a total gross absorption of 29,625 square feet, netting positive absorption of 8,889 square feet end of Q1 2011 and a reduction in vacancy to 17.73%. Although we continue to see the “flight to quality” or image upgrade of local tenants, we are seeing more and more inbound activity from our neighboring states.

From a building owner’s perspective, let’s not get too bullish. Specific submarkets within Northern Nevada seem to be leading the front from a standpoint of improving quicker. The South Meadows, or often referred to South Reno, and Downtown Submarkets are leading the trend accounting for over 100,000 square feet of gross absorption year over year; a continuation of our flight to quality theory. That said, the Northern Nevada office market still bears approximately 300,000 square feet of Class A and Class B vacancy that would require absorption before Class A (or otherwise) speculative construction would be warranted. Therefore, rents continue to lag behind Q1’s positive absorption results remaining flat within their respective categories.

As mentioned last quarter, we are taking baby steps towards a recovery in the office market. Lingering state legislation and global trends will continue to be the burden or the boost necessary to create the jobs required to have an effect on the Northern Nevada office market. 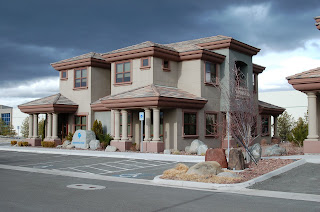 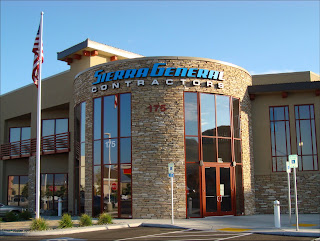 Posted by: NAI Alliance Office Group 775 336 4600The Office Properties Group along with the Investment Properties Group is pleased to announce a New Exclusive Sale Listing for 175 Salomon Circle in Sparks, Nevada. The Office Building is 17,640 square feet and is 100% occupied. The Sale Price is $2,650,000.