A graduate of California State University, Northridge, Paul has more than 40 years of experience as a real estate broker. He relocated to Reno in 1978, and since 1986 has specialized in the leasing and sale of industrial properties. In May of 2005, Paul joined 26 of his former Colliers colleagues in founding Alliance Commercial Real Estate Services.
~10 Leasing Insights ~
Broker tips to better deals

Tip # 4
You Covet Your Neighbor's Space:

When you pay your lease on time every month and want to grow, landlords are usually all too happy to give you more space. Typically 50% growth (or more) in square footage will compel a LL to tear up your existing lease for a new one in larger space within their building or portfolio. If they have the space, that’s easy. Let’s imagine a more complex case. You’re moving into a space, your business is growing and the adjacent unit is vacant. You’d like to wait until your actual business supports the extra space before you commit to it, but you’re nervous the owner may lease the unit to someone else. What can you do?

BROKER INSIGHT: You can ask for a Right of First Refusal (ROFR) on the space which would give you the opportunity to match any qualified offer presented on the space in question. The owner may be reluctant to grant one citing the effort and expense they must go to in order to generate an offer for you to match and possibly lose an otherwise qualified prospect. In that case you might structure a “Staged Take Down” of the adjoining space which would contractually bind you to take the expansion space after a given period of time (say a year or two). The LL may ask for some type of consideration for holding that space off the market for you. If the adjoining space is occupied, and you want the first crack at it when that tenant’s lease expires, you can ask for a Right of First Offer (ROFO) which would obligate the owner to offer it to you prior to taking it to the market. Be aware that ROFR, ROFO or other options are usually “one time” exercises – either use them or lose them.

It’s common knowledge that you can often get a few months free to offset the cash flow crunch associated with a move. Landlords look at this period in one of two ways, Beneficial Occupancy or a Free Rent Period. ‘Beneficial Occupancy’ is the period of time before a lease starts when the tenant has access to the building to prepare it for operations -- think of installing the machinery associated with a manufacturing process or the racking for a distribution use. The language in a lease covering this period often specifically excludes normal business operations during this ‘Make Ready’ time. ‘Free Rent’ periods are less restrictive – you can be in full operation and are usually responsible for just the operating expenses during this time.
Tenants don’t often understand the difference – they think a discount is a discount by whatever name you call it! Some LLs look at it that way too. Some don’t, so over the term of a lease, there can be a significant savings associated with starting your lease the right way.

BROKER INSIGHT: Delineating Beneficial Occupancy separate from a free rent period can benefit a tenant because a landlord might be willing to grant two months Beneficial Occupancy and two months Free Rent but might be less willing to grant four months of free rent. If the intent is to use some of the free rent period for setup, separating the terms lowers the “free” rent requested. Definitions do make a difference and can result in a better deal for the tenant if properly defined and outlined in the contract.
Next Week.... You Covet Your Neighbor's Space
Last Week... Fixed Rate Options
Click Here to find out more about NAI Alliance's Industrial Team
1 comment:

Posted by: Dan Oster
Industrial Specialist
775 336 4665
doster@naialliance.com
As a member of the Industrial Properties Group, Dan has participated in the sales and leasing of a wide variety of Industrial properties from 1,000 to 700,000 sqft in Northern Nevada. Dan's primary goal is to provide unsurpassed customer service to the clients he represents.

CSCMP and the UP Railroad hosted a great tour of the Sparks Rail Yard yesterday. It was awesome to drive through the trench and think about the positive impact that it has had on Downtown Reno. One troubling revelation, however, was the fact it costs Northern Nevada Rail users LESS to have rail cars traveling East to West pass through Reno/Sparks, get unloaded in Roseville, and then trucked back to Reno/Sparks! Rail rates are a bit of a "Chicken or the Egg" type problem. Rates don't go down until volume increases. Volume won't increase until rates go down!!! If this topic is of interest to you, please drop me a line. We'll see if there is anything we can do together to solve this one.
doster@naialliance.com
www.naialliance.com

Industrial Specialist
775 336 4665
doster@naialliance.com
As a member of the Industrial Properties Group, Dan has participated in the sales and leasing of a wide variety of Industrial properties from 1,000 to 700,000 sqft in Northern Nevada. Dan's primary goal is to provide unsurpassed customer service to the clients he represents.

Options in leases almost always favor tenants. Landlords know this all too well. In the negotiation process, tenants often ask for them and LLs often agree to them in order to get the deal. Fixed rate options, where an additional time period at an agreed upon price at the tenant’s sole election are built into the lease, are particularly difficult for a LL to accept. Why? When leases roll over and an option exists, tenants only exercise them when they are in their own favor. LLs know that when a lease rolls and the option rate is higher than the market, tenants usually shop for an alternative space and will renegotiate. When the option price is lower than the market rate, tenants hold the LL’s feet to the fire.

BROKER INSIGHT: Fixed rate options are great…if you can get one. Success will depend upon how much power you have in the negotiation or how much you are willing to pay from day one. If you want to control your lease expense farther into the future, consider extending the term of the lease. LLs almost always perceive a longer term favorably. You may use a longer term to win other concession in the deal.
Next Week.... Beneficial Occupancy vs. Free Rent
Last Week... NNN vs. Gross Leases
Click Here to find out more about NAI Alliance's Industrial Team
No comments:

OASIS IN A DRY ECONOMY

A jobless recovery. "Absurd," you say? Not in the apartment world, leaders of four of the country’s largest multifamily REITS said at mid-year. And they had the numbers to prove it.
"Increased renter demand from the baby boom echo, falling homeownership rate and historically low new supply almost offset the worst drop in employment in over 60 years," said Camden Property Trust CEO Ric Campo, who expects the nationwide apartment REIT’s same-store NOI to see positive year-over-year numbers in Q4.

"This cycle, which included the Great Recession, produced a peak-to-trough revenue decline in our portfolio of eight percent and an NOI decline of 10.5 percent. It lasted for six quarters and came with a total employment loss of 8.4 million jobs. By comparison, during the 2001 to 2003 downturn, our portfolio experienced a roughly six percent revenue decline and an 11 percent NOI decline. It lasted five quarters and we lost a total of 2.7 million jobs," he said.

Email ThisBlogThis!Share to TwitterShare to FacebookShare to Pinterest
Specialty: Multi-Family

Every building has operating expenses, and one way or another they get passed along to the tenant. These include property taxes, owner’s insurance and common area maintenance to name a few. Landlords (LLs) have a choice as to how they will get reimbursed for those expenses by a tenant. One is a Gross Lease – the tenant doesn’t see any of the expenses because they are included in the negotiated rent. The other is a NNN Lease where the tenant pays a “base rate” plus “additional rent” for these expenses. The LL prepares a budget at the beginning of the year, the tenant pays a fraction of the budgeted amount each month and the difference is reconciled at the end of the year – the tenant sees everything.
BROKER INSIGHT: Gross leases are nice for tenants who want to know for sure what their payment will be with no uncertainty. However, this certainty may come at a cost. LLs typically build in a premium over the actual operating expenses because they know they will pay for any increases or unusual expenses. If an expense actually goes down (something that does happen on occasion), the tenant doesn’t share in the savings. If you recognize some variation in operating expenses will occur each year, and you can accommodate that fact in your internal budgeting, NNN leases will typically cost you less over time.
Next Week.... Fixed Rate Options
Click Here to find out more about NAI Alliance's Industrial Team
No comments: 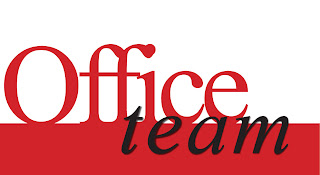 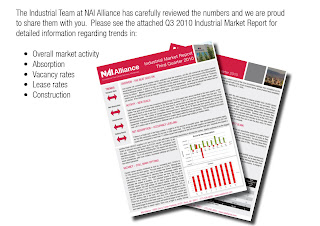